The Case for Elderhood in a Time of Trouble
“Getting older is inevitable, becoming an elder is a skill.” Stephen Jenkinson, MTS, MSW 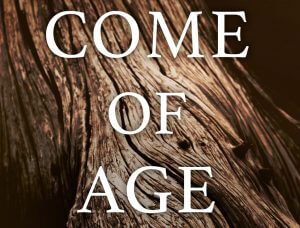 The sages seem to be departing. Elections enthrone Change, that’s all. The tribal lines deepen.  And there’s the weather, and the waters. The appearance of it all is this: We’d rather be defeated than persuaded. Perhaps we will be.
In a time like this, contemplation tethered to the troubled world is courageous. Contemplative sorrow: that’s the kind that is willing to learn the trouble of its time in a way that principled anxiety is not. Contemplation worthy of the troubled time: that is something to bequeath to the young among us. Unvanquished give-a-shit: that is something the old among us might be nourished to see. Trade faith and hope for a stranger love of life, one that befriends the darkening sky by learning it.
We might yet craft an eloquence that serves the terrible beauty we are about to bequeath to the young. Consequence, after all, is the true companion of grown ups.

“Elders are a sentinel species for humanness, and like other forms of life in our corner of the world they’ve mysteriously gone missing. Young people are, often involuntarily, looking for them, and they can’t find them. How about this: old people are looking for them too. ..Stephen is making the case for elderhood, not for easy agedness mostly by wondering what happened. Because something happened. Something happened to ancestors and elders and honour.

There’s work to be done, and there’s an old wisdom to be learned where there used to be the wisdom of old.”
This is an evening for young folk and old folk, for elders in training. https://orphanwisdom.com/shop/come-of-age/

view The Making of Humans by director/producer Ian MacKenzie.

Die Wise – Video Trailer With lyrical prose, deep wisdom, and stories from his two decades of working with dying people and their families, Stephen places death at the center of the page and asks us to behold it in all its painful beauty.
Die Wise teaches the skills of dying, skills that have to be learned in the course of living deeply and well. Die Wise is for those who will fail to live forever. Dying well, Jenkinson writes, is a right and responsibility of everyone. It is a moral, political, and spiritual obligation each person owes their ancestors and their heirs. It is not a lifestyle option. It is a birthright and a debt. Die Wise dreams such a dream, and plots such an uprising.
How we die, how we care for dying people, and how we carry our dead: this work makes our village life, or breaks it.
For years Harvard Educated Culture Activist, Stephen Jenkinson headed the counselling team of Canada’s largest home-based palliative care programme. He was assistant professor at a prominent medical school. Working with hundreds of dying people and their families, care-givers, nurses, doctors and social workers, he witnessed a ‘wretched anxiety’ at the end of life, and paid professionals stymied by it all. His inquiry led him to examine the dominant culture.

The documentary film Griefwalker (National Film Board of Canada) was made about his work. He taught what he saw and learned. Then he wrote about it all. In 2010 Stephen founded of The Orphan Wisdom School.