“If you love somebody, if you care about the world that’s to come after you, and if you want somebody to be spared the lunacy of what you’ve seen – you’ve got to die wise.”
Dying well is not a matter of enlightened self-interest or personal preference. Dying well must become an obligation that living people and dying people owe to each other and to those to come. 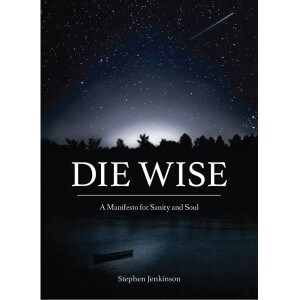 As a way to be steeped more fully in this rich day please consider reading Stephen’s book, Die Wise – A Manifesto for Sanity and Soul before attending this event – download/ purchase link

Die Wise – A Manifesto for Sanity and Soul, is Stephen Jenkinson’s new book about grief, and dying, and the great love of life. Published by North Atlantic Books (March 2015) Griefwalker is a National Film Board of Canada feature documentary film, directed by Tim Wilson. It is a lyrical, poetic portrait of Stephen Jenkinson’s work with dying people. Filmed over a twelve year period, Griefwalker shows Jenkinson in teaching sessions with doctors and nurses, in counselling sessions with dying people and their families, and in meditative and often frank exchanges with the film’s director while paddling a birch bark canoe about the origins and consequences of his ideas for how we live and die. 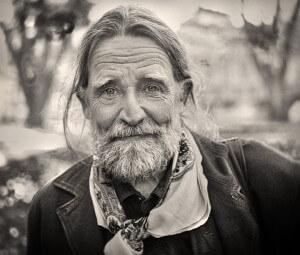 About Stephen Jenkinson, MTS, MSW
spiritual activist, teacher, author and farmer
Stephen teaches internationally and is the creator and principal instructor of the Orphan Wisdom School, founded in 2010. With Master’s degrees from Harvard University (Theology) and the University of Toronto (Social Work), he is revolutionizing grief and dying in North America. Stephen is redefining what it means to live, and die well. Apprenticed to a master storyteller, he has worked extensively with dying people and their families, is former programme director in a major Canadian hospital, former assistant professor in a prominent Canadian medical school, consultant to palliative care and hospice organizations and educator and advocate in the helping professions. He is also a sculptor, traditional canoe builder whose house won a Governor General’s Award for architecture.

He is the author of Die Wise: A Manifesto for Sanity and Soul (2015), Homecoming: The Haiku Sessions – a live recorded teaching (2013), How it All Could Be: A work book for dying people and those who love them (2009), Angel and Executioner: Grief and the Love of Life – a live recorded teaching (2009), and Money and The Soul’s Desires: A Meditation (2002), and former contributing author to Palliative Care – Core Skills and Clinical Competencies (2007).

Die Wise teaches the skills of dying, skills that have to be learned in the course of living deeply and well. Not a seven step coping strategy, not an out-clause for trauma or sorrow, Die Wise is for everyone who, hell or high water, is not going to pull off eternity after all. Dying is not the end of wisdom and wisdom not exhausted by dying. Dying could be and must be the fullest expression and incarnation of what you’ve learned by living. It’s a moral obligation to die well. If you love somebody, if you care about the world that’s to come after you, if you want somebody to be spared the lunacy of what you’ve seen, you’ve got to die wise.

If you have any questions, contact us.
+ Google Calendar+ iCal Export

All content on this site © Stephen Jenkinson. All Rights Reserved.