An Evening Talk b 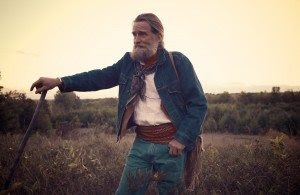 Join us for an evening of grief and wonder, and some prescription scribbled in the sand for what a withered world might now ask of younger folk and of the older folk among us who love them. As without so within, the ancients said.  In the West we’ve lived long enough – too long – apart from all that grants us our life. Wish and hope as we will, consequence must now be our truer companion.

Imagine a future that replaces retirement with esteemed elderhood, where young people receive recognition of their worth and purpose, and see living examples of enduring discernment and courage for the hard and often empty times that are upon us all. Stephen Jenkinson believes the esteem of parents and friends can only go so far: Elders must bring the rest.  Our work is to sort out what being human should be in such a time.
The Making of Humans video clip

About Stephen Jenkinson, MTS, MSW – Spiritual Activist, Author
Stephen teaches internationally and is the creator and principal instructor of the Orphan Wisdom School founded in 2010. With Master’s degrees from Harvard University (Theology) and the University of Toronto (Social Work) he is redefining what it means to live, and die well. Apprenticed to a master storyteller, he has worked extensively with dying people and their families, is former program director in a major Canadian hospital, former assistant professor in a prominent Canadian medical school, consultant to palliative care and hospice organizations and educator and advocate in the helping professions.
He is also a sculptor, traditional canoe builder whose house won a Governor General’s Award for architecture.
He is the author of Die Wise: A Manifesto for Sanity and Soul (a book about grief, and dying, and the great love of life, released March (2015), How it All Could Be: A work book for dying people and those who love them (2009) and Money and The Soul’s Desires: A Meditation (2002). He was also a contributing author to Palliative Care – Core Skills and Clinical Competencies (2007).
Stephen is the subject of Griefwalker, a National Film Board of Canada film (2008). Griefwalker video trailer